We thought this article would be interesting to members, particularly to our art technicians as this skill really does demonstrate the relationship between art and technical skills. 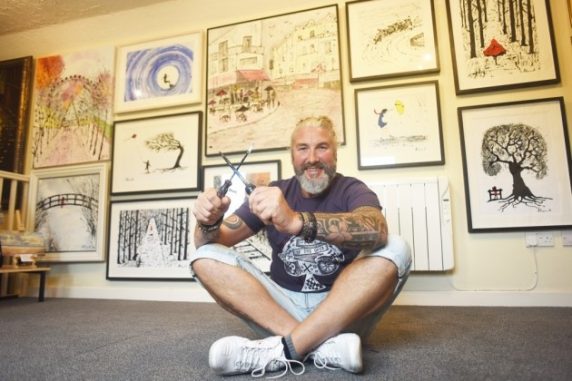 While most artists are famed for their work with pencils, pens and paintbrushes, a Dereham artist has discovered a more unique way to produce his artwork.

Johno Cornish, 55, began painting with screwdrivers just over a year ago and says it immediately felt natural.

He said: “I started painting with a paintbrush and it didn’t do much for me, it was boring and not inspiring to me.

“I thought I have to find something to do with my spare time so I built an art studio in the back garden and I tried again with a brush and thought this isn’t working.

“I needed some life and motion in my art so I thought, why not try a screwdriver.” 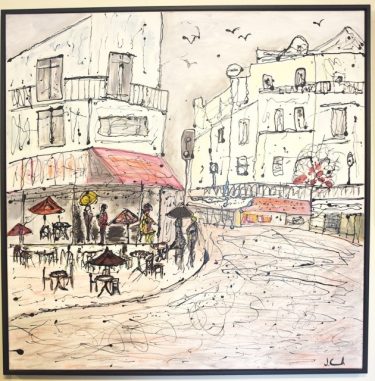 Mr Cornish, who now lives in Attleborough, has suffered with depression and in 2005 attempted to take his own life. He believes his artwork shows that for those suffering with a mental health problem, things can get better.

He said: “I love doing my artwork and who knows, it might help other people who have had mental health issues as well.

“I used to think my glass is half empty but it’s not. I shouldn’t be here but I got a second chance in life so I’m going to make the most of it.” 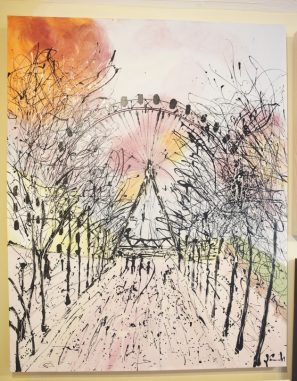 The artwork will be available to view and buy at Norski Noos Gallery in Dereham from Saturday morning, with Mr Cornish’s screwdriver art having its own dedicated wall.

He said: “We’re hoping to sell a few pieces and Johno will replace them. I think it’s just a case of getting local people to get behind a local artist.

“Overall, we have about 500 pieces of artwork from different artists currently being exhibited and for sale.”

Despite having only started just over a year ago, Mr Cornish says he has already experienced some success and hopes this exhibition can take it to the next level.

He said: “In just over a year I’ve sold 40 paintings already and I’ve not really pushed myself.

“I take it one step at a time now, because of everything that has happened to me in the past. I’m determined this is going to work.”