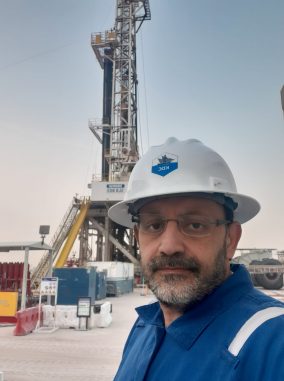 Amr Heikal has more than 27 years of experience working in the Oil and Gas industry for such companies as Halliburton, Schlumberger and Baker Hughes. He has worked in most Middle East countries, the United Kingdom, all North Africa, and Azerbaijan. During his career he has focused on new technology developments that reduce pollution and optimize operation.

He recently published a book “Egyptian Cotton” A Strategy to Reduce Global Warming “ by Amr Heikal, a technology and energy expert from the Center for Arab Civilization in Cairo.

His contribution while working at Kuwait Drilling Fluids resulted in that company winning a 2020 Gold Stevie Award for their new High-Performance Water-Base Fluid, an environmentally friendly alternative to oil-based Non-Aqueous Fluids (NAFs) for drilling challenging wells.

On a personal level, Amr recently received an award from the Kuwait government for returning a very valuable painting that he had found after it was stolen.