Wendy supports our memberships, registrations, committees and meetings, and manages the IST’s main office in Sheffield. She deals with all our general enquiries and helps to organise our events, visits, and conference.

John-Paul (JP) supports the running of IST activities with Joan and Wendy, whilst also editing the e-Newsletter, website content, and organising the National Technical Conference which goes from strength to strength each year.

JP is Director of Operations and Finance at Pro Vital Medical Services responsible for 60 dedicated staff that look after the safety and medical needs of large scale events across South Yorkshire.

JP has worked at the University of Sheffield for 8 years and in that time carried out a Masters degree in Cardiovascular Science and worked as a Research Technician in the Department of Biomedical Science, moving into other roles such as Network Coordinator for a collaboration between the Faculty of Science and Social Science. JP served as Chair of TechNet over 2018-2019 and has been a business consultant with the IST and NTDC for 4 years. Before leaving the University, JP served on the Technician Commitment Working Group representing technicians across the University to increase visibility, recognition, sustainability and career development.

He is an IST member and a Registered Scientist (RSci). JP also assesses for the IST and Science Council registrations.

John-Paul operates as the Executive Support Officer assisting the executive and advisors with registrations, committees, meetings, events visits and conference. JP also helps manage the website and content with Joan and has been in the social media advisory role since 2015 to help the Executive develop its profile/presence on Twitter, Facebook, LinkedIn etc.

John is Faculty Superintendent and Area Safety Officer for the Faculty of Health and Medicine at Lancaster University and has worked in the NHS & HE sectors for over 40 years.

He is a graduate of the Institution of Occupational Safety and Health. He is also a Fellow of the IST, and served on a number of key committees including the IST Strategy board as co-ordinator for Partnerships/Champions.  He is actively promoting Professional Registration for the IST throughout the UK attending meetings, workshops and conferences and seeking champions for this cause at institutions nationally.

He is also the Membership Secretary of the University Bioscience Managers Association (UBMA) and hosted the 2002 conference at Lancaster University.

Geoff is a Registered Scienctist (RSci) and member of the IST Education Board. His background is in IT and training and he now leads the first international technical training programme in China as part of an ongoing IST Project.

Derek  joined  Science Technician’s Association (STA) in 1954 just a few months before it was incorporated and became the Institute of Science Technology (IST).  He initially worked as a Junior technician at University College London in the Pharmacology Department where The Head of the Department was Professor Winton who was at the time, President of the STA.Derek completed the Institute’s own 3 year technician Course and became ordinary technician.  He joined the Royal Army Medical Corps for three years and took the medical technology examinations.On leaving the Forces he joined the Institute of Orthopaedics at Stanmore Middlesex doing research histology.  He took the City & Guilds/IST final examination in histology in 1962 and became a Senior Technician.Over the next few years he wrote a number of scientific papers on orthopaedic research, mainly new histology techniques.  He became a State registered Medical Laboratory Technician in 1968.  About 1969 he became the Chairman of the London Branch of the IST and served on the Branch Committee until about 1973In 1974 whilst still working at the Institute he became director of a small company Reco Laboratory Products Ltd.   This company still exists today under the name ‘Reco Laboratory Services’

In 1982, after 3 years study Derek wrote a thesis for the IST Fellowship, on the histochemistry of mucopolysaccharides and became a Fellow of the Institute. In 1989 he joined the Council of the IST and then the Executive as the Overseas and Fellowship Officer; a post he still holds today. He retired as Manager of the Institute of Orthopaedics in 2003.

He is now semi-retired but still runs Courses on microscope repair and servicing and still plays an active part in Reco Laboratory Services. He provides valuable support for the Executive in his capacity as Fellowship and Overseas Advisor.

James is the Laboratory manager for the National Laboratory Site at Starcross in Devon. The NLS is a national service of the Environment Agency and provides analytical data for a range of sample types. The NLS has four sites in Nottingham, Leeds, Caversham and Starcross each with their own specialism.

As Laboratory Manager James is part of the team who run the NLS and set the vision and strategy for the business. He is responsible for around 90 members of staff and the delivery of sample data to customer agreed targets and to ISO17025 quality standards.

James is a Chartered Manager and Registered Scientist and a Director of Newton Abbot University Technical College. He will be helping the IST develop industrial links and promoting frameworks for professionalising science/technical staff working in that sector

“Some really useful tips for planning and development”

“Good informative, perhaps a more focussed workshop next year on how techs use one social media platform in a professional capacity”

“Excellent – Really good to speak with other techs and share ideas”

Looking to further your career?
Concerned about job security?
Feeling that your contribution and skills are not recognised?

The IST is firmly committed to enhancing professional development and recognition for technical and specialist staff at all levels and aims to help staff achieve these objectives by becoming Science Council Chartered Scientists (CSci) , Registered Scientists (RSci) or Registered Science Technicians (RSciTech), or for technical staff who feel that the Science Council's and other registration schemes are not the right fit for them, Registered Practitioners, FIScT(Reg) or MIScT(Reg). 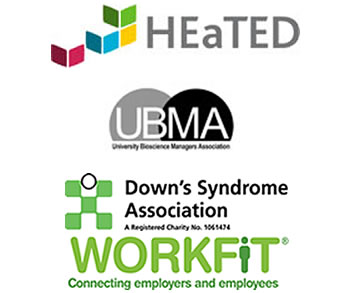