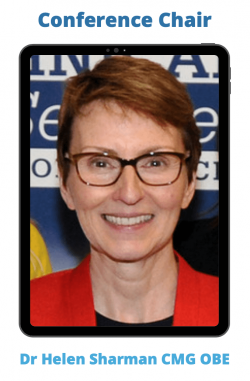 Helen Sharman is President of the IST and is Conference Chair. She is the Operations Manager for the Chemistry Department at Imperial College. Helen started her career with a degree in chemistry from the University of Sheffield before working in industry for GEC and then Mars Confectionery, where she was part of the team that created the Mars Ice Cream.

After applying for a job that was advertised as, “Astronaut wanted,” Helen trained at the Yuri Gagarin Cosmonaut Training Centre in Star City near Moscow, becoming the first British astronaut when she launched into space on board a Soyuz space craft on 18 May 1991.

Helen became a science communicator after her space flight. More recently, she has started a new career in management, working at the National Physical Laboratory and at Kingston University London, before moving to Imperial College in the summer of 2015. Helen was invited to join the Order of St Michael and St George in the Queen’s 2018 New Year’s Honours List. 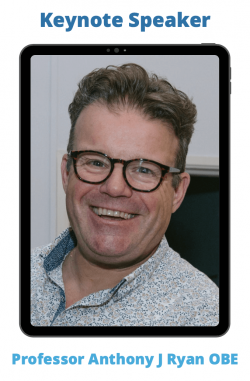 Tony Ryan is The Professor of Physical Chemistry and Director of the Grantham Centre for Sustainable Futures at the University of Sheffield.

Tony focuses on the global challenge of the food-water-energy nexus; feeding a growing world population; reducing the impacts of agriculture and food production; and harnessing the power of the sun for renewable energy.  He leads the University of Sheffield’s programme in sustainability research, integrating traditional boundaries in the pure and applied sciences, engineering, medicine, humanities & social sciences. Tony is active in translational research, an advocate of science to both experts and non experts, and has been a regular contributor to TV, radio and print media.  He delivered the Royal Institution Christmas Lectures in 2002, whilst he was an EPSRC Senior Media Fellow, and was awarded an OBE in 2006 for ‘Services to Science’. 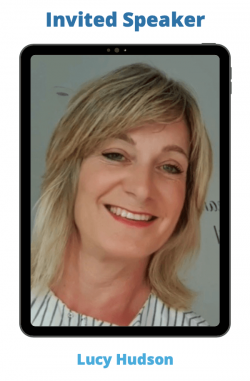 Lucy Hudson has worked at the University of York, in the Biology Department for more than twenty-five years, beginning her career as a trainee research technician, attending day release at Leeds Beckett University to complete a degree in health sciences. Whilst having always worked in the Department of Biology, Lucy has held various roles across the Department, from cancer research, plant biology, as a coordinator of a large EU grant to laboratory manager of the Immunology and Infection Centre. This breadth of experience has been most useful in Lucy’s current role as Departmental Technical Operations Manager.

Lucy continued her career development, taking full advantage of courses hosted by the University in leadership, personal development and coaching, and has been played a key role in the expansion teaching space for the department with the design and construction of more than 3,000m2 of new laboratories, seminar & PC rooms, and student social space, project value £30million.

Lucy says one of the most valuable skills learnt in her career is networking; in 2006, Lucy and University technical colleagues set up TechYork, a network to support, coach and educate the 300+ technical specialists working at York University, including an annual one-day conference. TechYork has been a great success, a trusted and respected brand for the technicians and is the platform for York’s Technician Commitment communications and events.

Lucy sits on the University of York Technician Commitment Steering Group and is leading the sub group developing grade role descriptors and career pathways for technicians. Lucy is a member of the Royal Society of Biology and IST. More recently Lucy has joined the NTDC team as an external advisor, working alongside NTDC colleagues to advise and assist other institutes with the NTDC Career Pathway Tools. 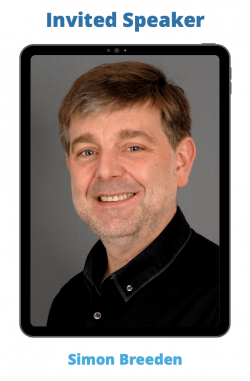 Simon Breeden has worked in Universities in the UK and Ireland for 25 years since graduating with a PhD from the University of Manchester (UMIST as it was then). He has worked as a researcher developing anti-cancer Drugs (Manchester), treatments for opiate abuse and analgesia (Bristol), catalytic asymmetric synthesis (Warwick) and he also ran a successful independent research group at the National University of Ireland, Galway.

Simon started at the University of York in 2004 as a Senior Research Fellow in the Green Chemistry Centre of Excellence and transitioned to his current role as Departmental Operations Manager in Chemistry in 2012.Simon’s wide range of experiences working in chemistry departments of varying sizes and shapes has proved enormously useful in developing strategies and plans to keep one of the largest Chemistry departments in the UK operational. This involves ensuring a consistently high position in league tables for the teaching of around 800 students as well as maintaining a strong research performance from the 51 members of staff, 160 graduates, over 60 research fellows and seven independent research fellows.

Key to the successful operation of any science department, particularly a large chemistry department are the technicians. As a historically under-represented group of staff, Simon has spent many years championing technicians, but this has clearly had a very specific focus since he has headed the Chemistry technicians at York.

Simon is a passionate advocate for networking and engaging with colleagues at all levels of an organisation, believing that the most effective way to learn is from understanding other’s successes and failures. He has been a strong voice encouraging the recognition and empowerment of technicians at York, for example by handing control of TechYork to technicians themselves. TechYork has now grown even further and is a great success and a trusted and respected brand for technicians, as well as being the platform for York’s Technician Commitment communications and events. Simon sits on the University of York Technician Commitment Steering Group and is leading the sub group identifying skills of the technical community across the institution. He will be looking to use the information for strategic workforce planning and technician development as well as developing career pathways for technicians. Simon is a Chartered Chemist with the Royal Society of Chemistry. 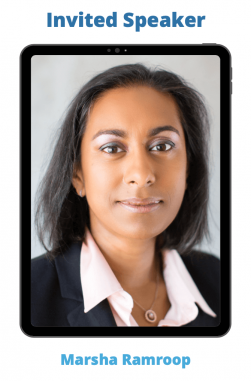 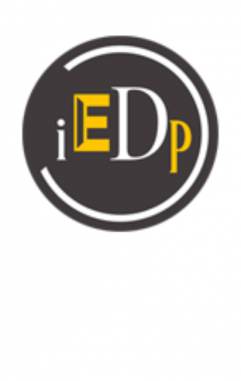 Marsha Ramroop believes in enabling positive change through providing clear processes and reasoning for actions. She is a certified Advanced CQ trainer and facilitator. She’s also a Non-Executive Director and Inclusion lead of a Derby-based charity, near where she lives and a Life Fellow of the Royal Society of the Arts, Manufacture & Commerce. She’s also an Advisory Friend for the Institute of Equality and Diversity Professionals.

For the past 30 years Marsha has worked in radio, journalism and other media where inclusion has underpinned her life and work her whole career. Still working as a journalist and manager in community engagement, she has also moved into Diversity and Inclusion strategic consultancy in order to better address inequality in our society and to enable others to give the unheard voice a place to speak. She has developed a strategic tool, underpinned by CQ and overlaid with a successful change model in order to help facilitate inclusive change at individual, team, departmental and organisational levels to help on the journey to overarching inclusion. 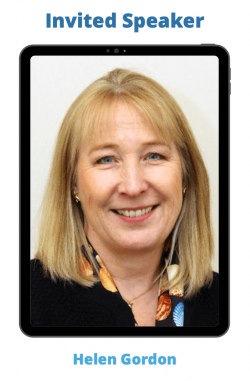 Helen Gordon has been Chief Executive of the Science Council since February 2019. She has 15 years’ experience as a CEO in professional membership organisations, namely, the Royal Society of Medicine, Royal Pharmaceutical Society and Royal College of Obstetricians and Gynaecologists. Prior to this she was Chief Executive at The Hillingdon Hospital for a year and then Queen Mary’s Sidcup NHS Trust in South East London for five years following a clinical career as a nurse and NHS manager.

She was appointed as one of the Vice Presidents at University of Reading in August 2020, and has served on their council for three years. Helen chairs the Alumni and Development Board at Henley Business School and also a trustee of AESOP (Arts Enterprise for Social Purpose). 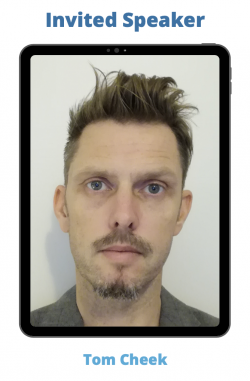 Tom Cheek is the Apprenticeship Lead at the Science Council.  Tom’s role is largely to work with member bodies and the wider community to promote and build the prestige of apprenticeships and wider technical education within the sciences. 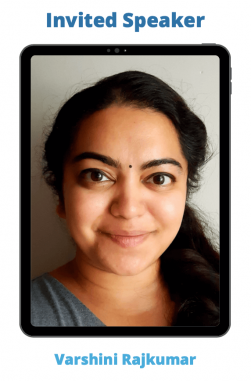 Varshini Rajkumar is the T-Level/ HTQ lead at the Science Council. Her role is to work with professional bodies and wider stakeholders to build the prestige of technical science education, and, to promote new technical qualifications for our professional registers. This has included working with awarding organisations on the development of T-levels. 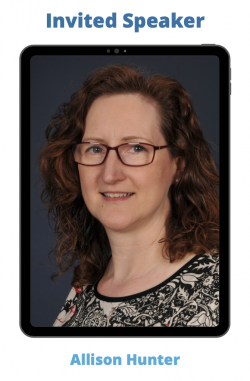 Allison Hunter is Technical Operations Manager, in the Department of Life Sciences at Imperial College London my role requires an overarching view of complex multisite operations acting as the main contact and reference across all sites for our department.  This entails knowledge of the research and teaching needs, finance and budgets, safety issues, regulatory requirements, ethical standards, equipment provision, disaster management planning, energy requirements and savings, building fabric and technical staff training and supervision.

Sustainability has been a keen interest since I discovered we had reached the power limit of the building I worked in.  This made me initiate King’s College London’s very first lab sustainability project in 2008.  This work, mainly on freezer energy savings, was recognized by the first King’s College London Sustainability Award in 2014 and a S-Lab Making a Difference Award in 2015. I chaired a lab sustainability workshop in conjunction with My Green Labs and S-Lab in 2019: Certification and Sustainable Laboratories: Equipment and Operations and presented another webinar later the same year on autoclaves and sustainability. I am now one of the stakeholders for a new UK Govt led (https://etl.beis.gov.uk/) Scoping Study on Lab Cooling Equipment looking at having defined laboratory standards for cold storage. 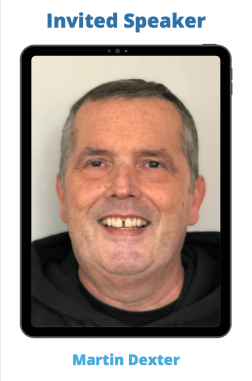 He has never been very precious about his artwork. Martin is a self-taught watercolourist and loves the excitement of new ideas and painting process. If or when he sells artwork then this is not only ‘cool’ but he gets a real sense of approval of the style that he is working on.

Martin does not keep a record of his artwork, sales, exhibition dates, but does actually have copies of published work in magazines, books etc. but these are somewhere safe, although safe enough so that he cannot find them himself!