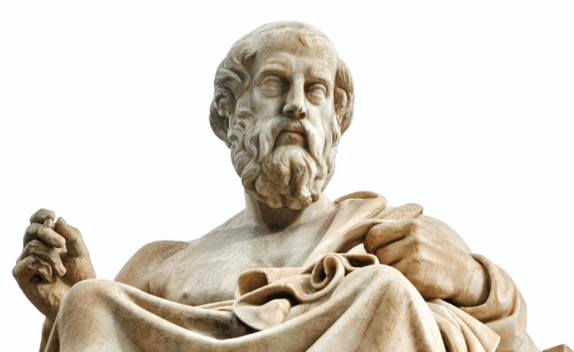 Definition, understanding of what sociology is:

Sociology is the study of social interaction of people with each other and the environment they exist in. It uses scientific methods to study these interactions to seek social patterns that underline our civilisation that has evolved over thousands of years. The sociologist has a wide range of scientific tools at his or her disposal and a wide range of subject areas to study, including family/friends’ relationships, work environments, hobbies and entertainment, economics, law, the world view, education, religion, ethics and justice, and a whole range of other subjects too numerous to mention. The science of Sociology has some fuzzy edges, and these fuzzy bits are hard to define scientifically because they fit into non-scientific areas of metaphysical thinking. The basic method of gathering information can be by using questionnaires for selected questioning, researching statistical data taken from many sources, or through observation under test conditions (in a control study), or in the wild with no controls. The science side of sociology must follow scientific rules and provide proper research that can be reviewed and repeated by other scientists, as do any other established scientific discipline.

Sociology started out as part of the mainstream philosophy developed by ancient philosophers, such as Plato, etc, but eventually broke away as a philosophy in its own right. It can study on a World view encompassing World connectivity in social politics and economics (macro), and/or at local level (micro) of small groups.  One area of interest to sociologists is how a society of millions of people have managed to co-exist without falling into chaos and whole-sale violence, but instead follow basic rules of behaviour and have developed social cohesion with other people, including complete strangers. Therefore, how a society is structured by its laws and governance will determine how its citizens behave, and they in turn will shape the society they wish to live in.

Sociology is a mixed bag of subjects from studying the complex nature of human emotions and behaviour, to global social structures of different cultures and diverse religious ideologies that shape the very fabric of human society. The sociologists use science as a tool to record and make sense of human emotions and actions that govern everyday experiences of individuals as a collective group of people.  This raw data is then turned into useful information as tables for statistical analysis to highlight the diversity that make up social groups that exist in modern civilisations (with their roots in ancient societies), and the so-called “primitive tribal cultures” that exist in places like Borneo, the Amazon rain forests, the deserts and polar regions.

Evaluation of humanist and positivist approaches: 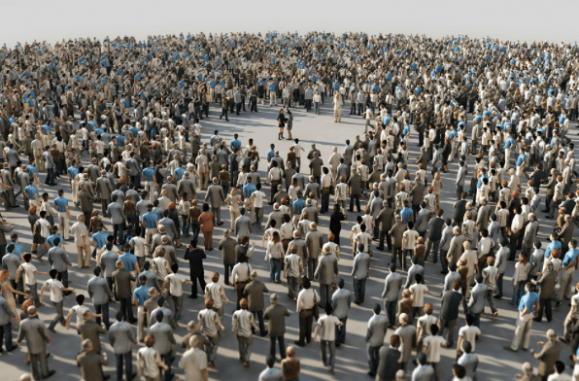 The humanist seeks to answer the important questions concerning freedom, moral values and epistemology (the theory of knowledge), and are also interested in the welfare of people, for example is the state (or society) providing adequate public services (electricity, clean water, hospitals, etc.) at the local level and in a national infrastructure. Also, are the poor in society given help in improving their circumstances with free education and opportunities for a higher level of living (a decent wage and housing etc.); this includes adequate state pension for the retired and affordable aftercare in their old age. The welfare state was created to move everybody out of poverty and provide a social infrastructure that is beneficial to all, where the citizen can work and bring up a family and have a decent life, while supporting the state through paying taxes and not breaking the law.   Humanism in general, focuses on humanity and the issues common to human beings. Like the citizens in a democratic society having the power to elect the government and have a say in what laws and values will govern them. These citizens’ powers are founded on humanistic sociological principles reaching back to ancient times.

The positivist approach is a philosophical system that bases knowledge on perception, and such knowledge is arrived at by only positive scientific methods. Positivism seeks to understand the fundamental laws that govern both physical and human events by using scientific methods in sociological research.  It was Auguste Comte (1798-1857) who coined the word “positivism”, as a sociological idea for using scientific research to understand, predict and control human behaviour. Positivism is defined as a belief that scientific fact should guide the researcher, and not superstition or prejudice. Ideally, positivism is based on knowledge gained through investigation and not on preconceived ideas being involved in the investigation, therefore there is only method and empirical facts. Positivism follows three main ideas:

Some sociologists accept positivism and use its scientific method, but others claim it does not work when studying human beings.

The sociologist (like any scientist) will need to use the standard scientific methodology to create a hypothesis, and rigorously test it; therefore, there is a need to: 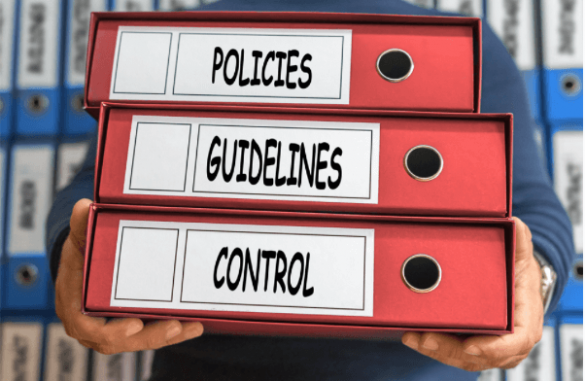 The validity of the sociological research will depend on how rigorous the methodology and data collection methods are employed, and the evidence ‘for’ or ‘against’ the hypothesis. The sociologist will have to adopt an objective view in relation to data collection, rules of evidence, etc. Therefore, try to produce explanations, descriptions and analysis based on supporting evidence, and free from personal bias.

The skills of the scientist must follow a set of guidelines that involve rules of evidence, evaluation, criticism etc.; that have been universally agreed and can be applied to any form of scientific research. The agreed consensus is that scientific research should be available to other scientists (as public knowledge) to be reviewed and tested. The sociologist will provide detailed descriptions of questionnaires, interview schedules, and other research for use by other sociologists.

The sociologists have almost a limitless list of subjects to study, and therefore will select a subject area that is most interesting to them and financially supported, using some form of value-judgement before they can start gathering data. This is an important consideration, because it is impossible for human beings not to have some preconceived expectations about the data to be collected. Therefore, the act of data collection will involve preconceived ideas about what kind of data will be significant. The researcher will need to identify and make clear which assumptions (or values) are being used in the research.

Sociological research has no laws, but do follow a set of rules accepted by sociologists as guidelines for doing research. The seven rules are:

Rule 2 – “look for differences that make a difference.”

Rule 7 – “let method be the servant, not the master.” This is a reminder to researchers “that methods are the means, not the end.”

Any type of research must follow a set of rules to guide the researcher, and the above rules are from the book “Seven Rules for Social Research” by Glen Firebaugh; a summary of the principles for good research).

Subjectivity – is our own personal experiences, because the individual has a unique insight into their own experiences not shared by anybody else; such as personal pain, love, hate and loneliness. Each person sees life through their own eyes and makes judgment accordingly, therefore personal prejudices and dislikes can influence the decision-making process and what actions are taken. The human learning curve through interaction with other people and family/friends, help to extend the personal experience in gaining insight into other people’s emotions and experiences. The relationship between family and friends create emotional bonds, and is open to sharing experiences of life; the saying “no man is an island” will indicate a social need for people to co-exist, to form friendships and alliances, and participate in group activity of like-minded individuals for comfort and protection.

The basic methods of research can be defined as ‘to be subjective’ evolves giving importance to personal points of view. This means that subjectivity as relating to data collection allows the researcher to include his or her values into the data collection process that may create some form of bias. Therefore, subjectivism is the belief that personal prejudices cannot be separated from the researcher’s methodology of gathering information and will affect the results of the research. It could be argued whether it is possible for sociologists to be ‘value-free’ and personally ‘objective’ about their research. 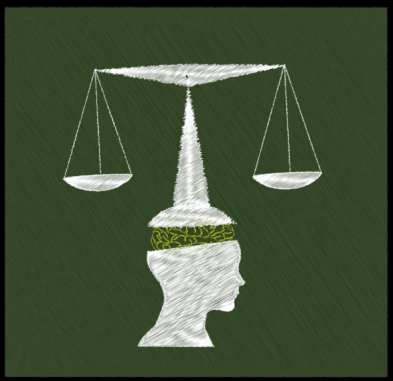 Objectivity – The researcher is expected to do his or her research without personal prejudices and feelings influencing the methods used, or able to contaminate the results. The best a researcher can do is remaining impartial and value-free as possible and acknowledge his or her preconceptions and biases may have some influence on the research. Also, there is what is known as the “observer effect” which states that “if human beings under observation are aware of being watched, they will act differently than they would normally.” Therefore, the researcher has two areas of contention to deal with before starting any sociological research.

Objectivity for the sociologist is to create factual knowledge that has not been influenced by personal bias in the research; this hopefully is achieved by being systematic when collecting information about people’s behaviour. The sociologist will use questionnaires, observation and experiments guided by “rules of evidence”. These rules cover the methods used for testing ideas, deciding what is ‘true’ or ‘false’, and how to provide correct evidence for other sociologists to rigorously test. The technical term used is ‘objectivism’ that believes the social world is made up of various social structures that act as channels and controls of people’s behaviour, such as the ‘class system’ where a person’s birthplace affects their way of life and experiences.

Value Freedom – The sociologist must be “value free” when researching sociology (as quoted by Max Weber, 1864-1920), which means not using personal feelings and prejudice to influence the results, and therefore must be wholly scientific in gathering and viewing the data. This is not an easy task when dealing with the complexities of human beings, because the sociologist is also human and may need to use human understanding and feelings to see the wider picture (Goldthorpe, 1974, p.6). Therefore, the sociologist must combine these two theories and use them at the proper time by using unbiased scientifically researched data and analysed reports as value free scientific research, and using humanness when required in giving a human view of the study group. Max Weber does state “that complete value-freedom is not possible, but argues that it is possible for sociologists to be objective in their research.”

Colin Neve MIScT is a Professional Life Member of BCS – the Chartered Institute for Information Technology and a Member of the Chartered Institute of Physics.  He has studied astrophysics at Liverpool John Moores University Astrophysics Research Institute, and at the University of Central Lancashire studying towards a BSc (Hons) degree in astronomy, and also studied astrobiology and forensic Science.  Colin has interests in medical research and completed courses in allergies and immunology with Imperial College London and Harvard Medical School, also studied with other universities in the UK and USA.